food and recipes / life in the city

Consider this blurry photograph of a description of cheese, alongside the cheese in question. 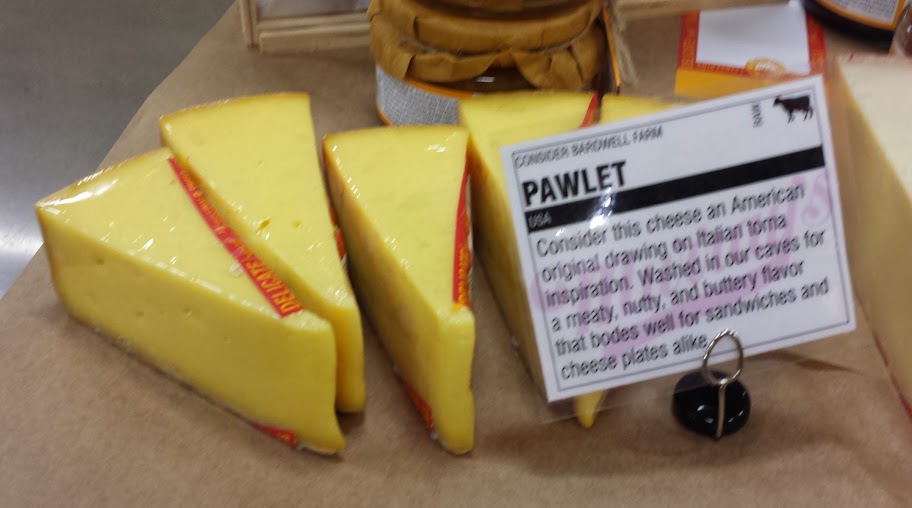 The self-described cheese washed in caves, seen in a local supersize-specialty Kroger.

One phrase in particular might catch your eye, as it did mine this past Sunday: “Washed in our caves”

Whose caves? I asked the salesgirl. Which caves? America has so many caves. Why was the cheese washed in caves?

She could not answer my questions.

The Batcave? she suggested, but it was clear even she had no faith in the notion. Batman is reported to have many hobbies, but cheese-washing is not one of them.

Now a simple Google search assures me this is no typo. The Vermont artisan cheese makers credited on the placard — Consider Bardwell Farm — declare that “All of our cheeses are aged on the farm in our extensive system of caves.”

But what about the washing?

Murray’s offers more insight: “By washing these cheeses with solutions made in the caves, these rinds will continue to develop such complexities in flavors, which in turn will help give each of these cheeses their own distinct taste.”

But that only indicates the solution was made in the cave. That is not what I wanted to know.  This is the crucial question to determine the accuracy of my vivid mental images: Are some cheeses washed inside the cave itself?

I ask Google more pointedly (note: not enough people have asked Google “are cheeses washed in caves”) and find this press release by Wegmans Food Markets, which delivers some partial answers.

American cheese-making companies have constructed “Cheese Caves” that are in fact a building that “mimics the environments of famed cheese caves in Europe where many of the world’s most-prized cheeses are ripened to reach their richest flavor.”

Not a cave, then. Caves cannot possibly be confused with buildings holding cheese laboratories.

Also, I now know more about “washed-rind cheese” and that it normally has nothing to do with caves. See the “Types of cheese: Mold” section on this Wikipedia page.

At this point, I can only conclude that this Pawlet was most likely not washed in an actual cave. Whether there was some confusion or deliberate misconstruction on the part of a whimsical copywriter who produced that particular placard — who can say. That is a mystery I will leave to someone else.